Lots of updates have happened since the last devlog was posted! There's also several exciting things coming. Let's start with the most recent updates made to the game.

Book Two: Belief Fragments will be released in spring. Beta testing will begin late January/early February. As a reminder, the Book Two update will be free to add on to Book One, and comes with the full routes for Lana & Shannon! The planned public release is early March.

Sign up to be notified when it launches officially - some tiers have limited backer discounts. If you already have the game but still want that physical merch, a "merch only" tier is available as well.

Merchandise design reveals will be starting soon on twitter & tumblr. Here is a sneak peek preview of some revamps to come following the Kickstarter!

I've stated a number of times throughout development that the cost of assets, the exchange rate from CAD to USD, PayPal fees, etc have brought forth numerous struggles with budgeting. This will allow me to finish development at a much faster pace & offer new additions to the game - plus the previously mentioned physical merch in the form of double-sided acrylic charms of the main cast.

Rest assured, the game will be completed no matter what. You will not be left hanging. This Kickstarter will simply expedite the process, making the story available to you faster and making more additions to the game possible.

Here's a look at some of the updates to come! 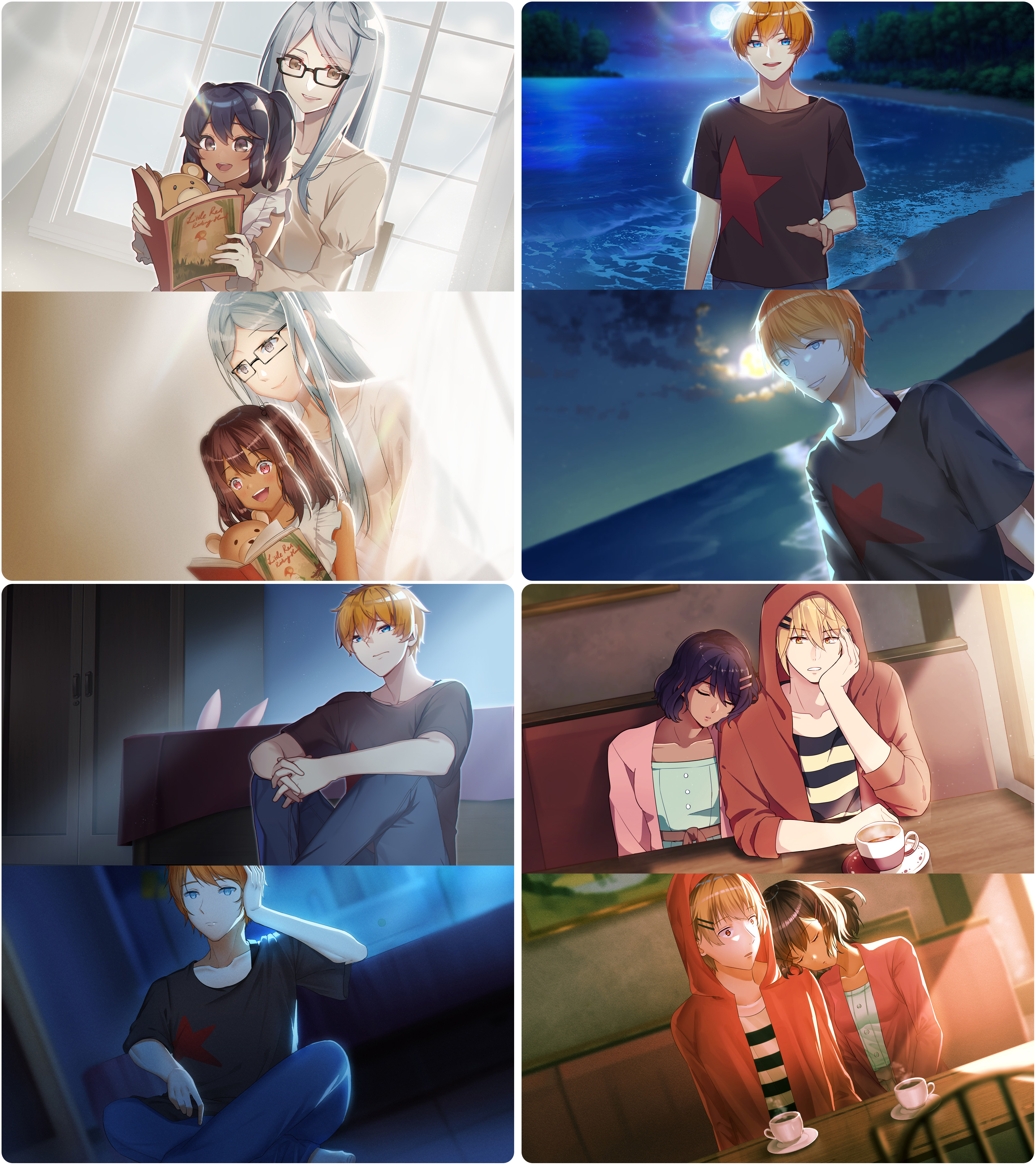