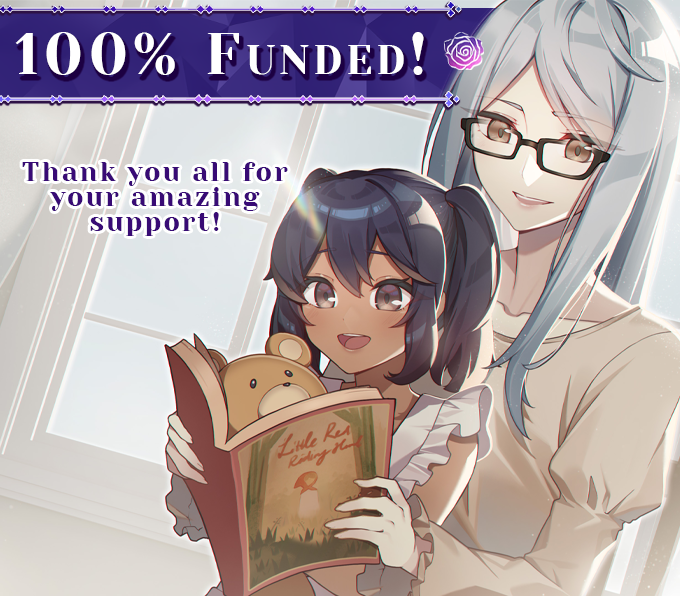 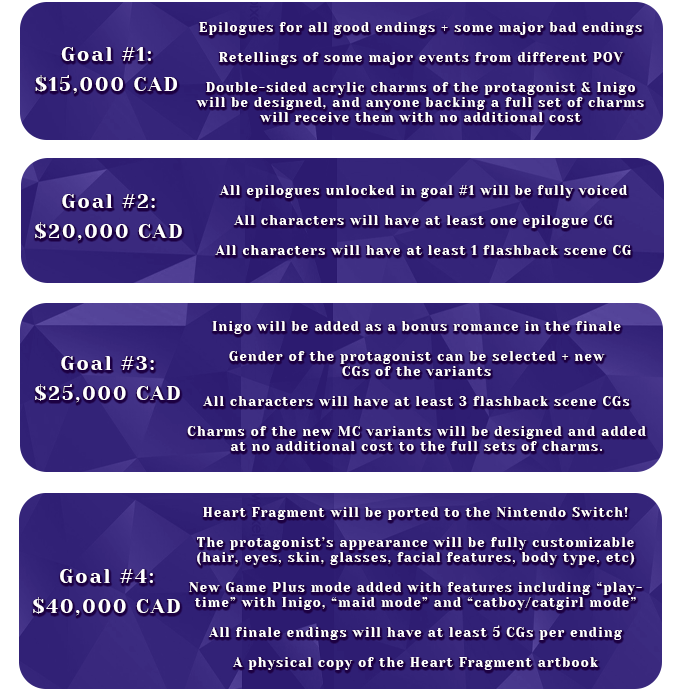 Here's a recap of the how, the why, and everything else you might be asking:

Q: I already own the game. Will I still be able to play all the future content?

A: Yes, absolutely! Book Two, Book Three, and the Finale will still be available to all who own Book One as free DLC. The bonus of backing this Kickstarter is that you get the future group ending DLCs for free, early access to future releases if you back a tier that includes it, get some bonus merch, and a chance to help Heart Fragment be released as quickly as possible + reach some stretch goals.

Q: What will the Kickstarter funds be used for?

A: Right now, I'm paying for most assets out of my own pocket. This will let me get the remaining assets for Book Two, Book Three, and the Finale. In other words, I'll no longer be at a net loss with the creation of Heart Fragment. It'll also allow me to release the future parts much quicker than I could otherwise. +

Q: What is the group ending DLC?

A: These optional DLCs will be included free to anyone who backs Heart Fragment on Kickstarter, and will cost approximately $2 to $5 each after that. They will be released after Book Three. The full list of group DLCs is:

Q: The campaign talks about an option to switch art styles, but I own Book One and haven't been able to find it.

A: This option will be added along with the release of Book Two in March.

Q: What merch is available?

A: There's digital merch, including the OST, artbook, wallpapers, and full HD copies of all CGs and physical merch in the form of double-sided acrylic chibi charms. 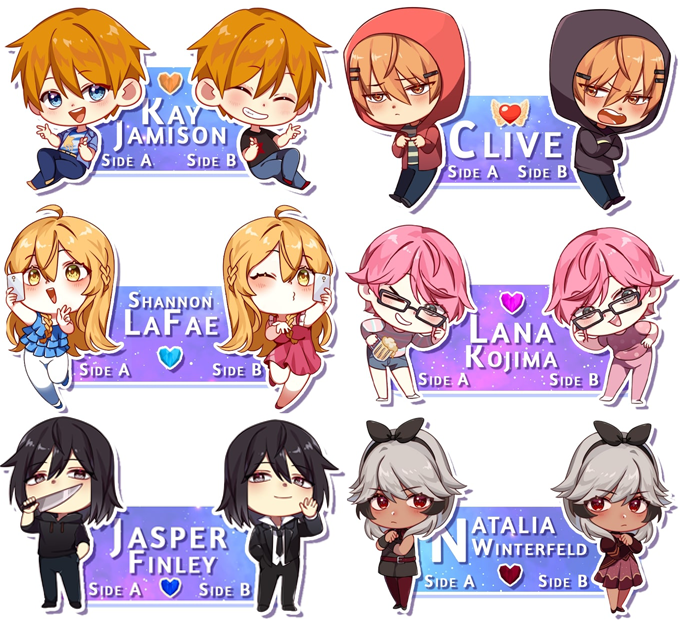 Q: I only want merch, not another copy of the game. Can I do that?

A: Yep, just choose the add-on tier and you can customize what you get with your order!

A: The number one thing that people were displeased with during the release of Heart Fragment is the inconsistency between the sprite art & the CG art. Many people said this ruined the experience by breaking immersion. That's why CGs are being made to match the sprite artwork, and the CG artist is doing a version of the sprites in their artstyle. It would be unfair to both artists who put so much hard work into their art to have them removed entirely, which is why the option to choose between them is being added instead.
You can switch between "Style A" and "Style B" at any time during your gameplay, as demonstrated below:

(sorry for the bad gif quality, it was the max file size itch allowed!) 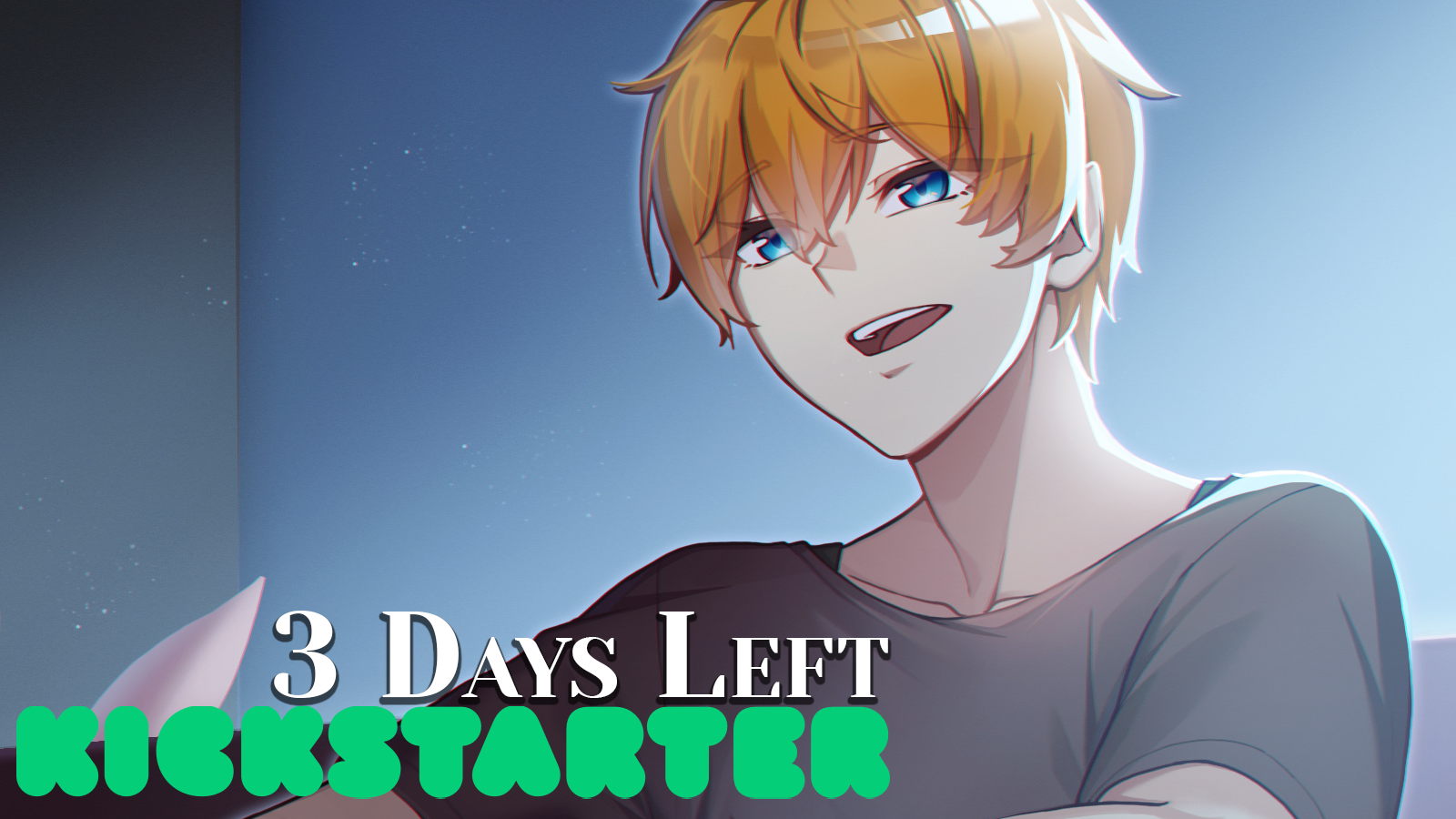 Thank you all for your support! Much love